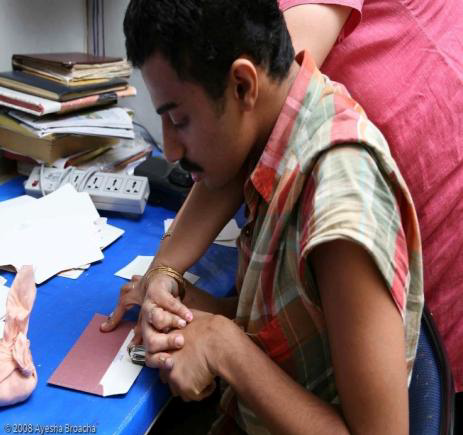 Satyajit was born preterm and had a complicated birth history. However, the first two and a half years of his life seemed absolutely normal, almost like a dream. He was a cheerful, active and child. He loved picture books, music and was quick at games which involved size, shape or colour discrimination. He was good at jigsaw puzzles and would enthusiastically try to help out in the kitchen, in ways he thought best. At 2 years 9 months he started formal schooling, but never really showed signs of adjustment or settling down.It was observed by his teachers and parents that he didn’t participate in pretend play nor was he able to relate to what was happening in school. He wouldn’t engage in the usual 2 year old banter by proactively sharing his experiences or the happenings of the day with others. Come his third birthday and Satyajit began to have a lost look on his face, practically all the time.

He responded to questions by repeating word for word exactly what was asked, whereas earlier he would answer age appropriately. His communication became purely need based. He preferred doing tasks or activities the same routine way, resisting a change in style or method. Socially inappropriate behaviours like jumping, hand-flapping etc. emerged. He seemed to retreat within his shell, became less responsive to instructions and eye contact with others reduced to a great extent. 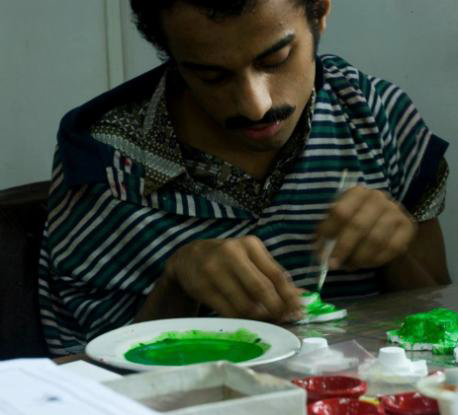 In April 1992,Satyajit was diagnosed with autism. The prognosis at the time appeared to be good as he had developed speech and his IQ level was age appropriate. However, this was immediately followed by a period of rapid regression. By December ’92, Satyajit stopped speaking altogether and exhibited hyperactivity. Going back 20 years, not much was known about Autism and Satyajit’s parents were clueless as to what was happening to their happy, bright-eyed child. His inability to communicate effectively manifested in mood fluctuations and inappropriate behaviours. As Satyajit’s problems increased, his parents had to constantly modify their expectations and goals. From a normal school, he was then shifted to a special school. At the onset, the focus of the individualized curriculum was on Academics, but later on, when he did not seem to make significant progress in that domain, the focus of his education plan was Vocational Skills.

Communication Therapy was also implemented as part of his educational plan, which helped him communicate using gestures, signs, pictures and now through an electronic communication board. Satyajit, who is fondly called ‘Satyu’ by his family, is now 23 years old and attends ‘Kshitij’, a workshop for adults with developmental disorders. Being part of a group of colleagues, all having different disabilities, has helped him acquire better social skills and the structured atmosphere has curbed his hyperactivity considerably. His sitting tolerance has increased from barely 10 minutes to a full day! He has mastered skills like stencil printing, block printing, envelope and paper-bag making etc. He travels to work by the local suburban train and he earns a salary at the end of every week!

Over the years there have been many triumphs, tribulations, successes and setbacks. Satyajit, in his own way, has taught his family to value the little things, which are often taken for granted. To quote his mother, “This remarkable journey, of maximizing Satyajit’s potential, has made our lives richer in ways we never thought possible.”