From Hyperactivity to a Calm and Content Person: Karan Srivastava 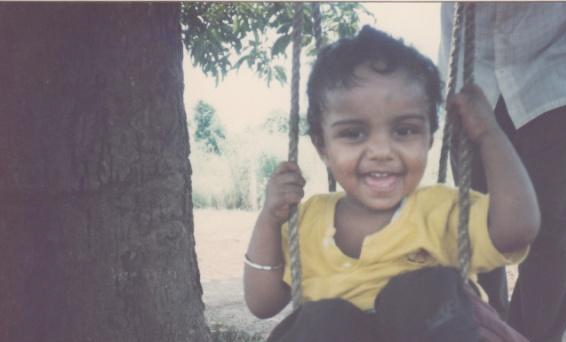 From extreme hyperactivity and epilepsy to a life of content and purpose - That's the story of “Karan Srivastava”, a young adolescent with Intellectual Disability, Autism and Epilepsy, as a domino effect of the congenital disorder 'Tuberous Sclerosis'. Karan's was diagnosed with this condition at eleven months. He had patches (tubers) in his brain which caused the constant recurrence of epileptic fits and a big white patch on his right calf. Karan seemed like a challenge to handle, as he was extremely hyperactive and could not sleep for more than 4hours in a day.

He could not maintain eye contact or focus attention on any object for more than a few seconds. His physical milestones were normal but his cognitive/intellectual milestones lagged behind the normal range of development.

By the age of 3 years, the problems seemed to stack on and Karan? deviance from the normal range of development became more and more evident. He hadn't developed any speech and wasn't even able to communicate effectively through non-verbal means.He had obsessions with certain articles like a comb, a ball etc. His doctor put him on very high doses of anti-epileptic medicines which had a lot of side effects like loose motions, loss of appetite etc.At three and a half years, it was recommended that he start a Ketogenic diet in order to curb the epilepsy.Karan was on the diet for 3 long years, but it arrested the incidences of epilepsy completely, by the time he was six and a half years.Karan was put through the rigors of several therapies like Speech Therapy, Occupational Therapy, Sensory Integration Therapy, and Handle Therapy. All these therapies helped him reach his maximum potential.Karan was enrolled in a special school for Autism at the age of eight

years. The structured environment at the school helped him understand this world a little better. The routine and the specially designed teaching methods helped improve his sitting tolerance and achieve toilet training as well as the other daily living skills like eating, dressing, bathing etc. He also learnt need based communication and soon he was able to identify and label objects in his daily environment.

From the age of 14 years, Karan was trained in pre-vocational skills like cooking, cleaning, packing etc. Later, he received training to make items like chocolates, paper bags, jewelry etc. Each task that had to be learnt was broken down into a number of steps and taught one at a time. Today, he is in a vocational center and assists in the production of many items which are sold at exhibitions.

He is still an adolescent with autism but with the help of his family's love and support, the problem behavior have reduced to nil and he can conduct himself well in social situations. Karan leads his life as an inclusive member of society. He regularly attends his vocational workshop wherein he is part of the process of production of items sold in the market and this fills him with a sense of purpose. He also loves going for a daily walk with his parents, watching T.V. with his younger sibling, spending time with his family and going on a weekly family outing. His journey from an extremely hyperactive and difficult child to a calm content person with something to do in life has been extremely rocky, but successful. His disability has not deterred him from acquiring a life of meaning and dignity.